The Rural Technology Action Group (RuTAG) is a mission, conceptualized, initiated and sponsored by Dr. R Chidambaram, Principal Scientific Adviser (PSA) to the Government of India.  It aims at improving the rural economy through appropriate S & T interventions in the traditional methods of production.

The three states of the west India viz., Maharashtra, Goa & Gujarat the communities of each have their own traditional life style and crafts and enterprises, mainly based on the locally available resources.

The people in the region, in general, are accustomed to local resource based development and thereby raise their economy and improve their quality of life at the same time. The economy at the rural level will get a significant boost if the existing technologies of production can be improved in terms of efficiency and productivity and consideration of optimization of cost and energy.

While there are many Government and non-Government Organizations and institutions working for the same objectives, the modus operandi of RuTAG mission is to bring all such groups or stake holders together to proactively work for the development of the region so that people can derive the benefits of Research & Development in various scientific fields. To address some of such issues to upgrade rural systems in terms of efficiency/ productivity which will help in boosting the rural economy of the Western Region.

The vision of RuTAG Centre IIT Bombay is to become an innovative rural technology development group comprising academicians, scientists, personnel from NGOs, Governmental agencies and technical institutes, traditional craftsmen and artisans, farmers and social entrepreneurs with a passion to serve the rural people.

To develop state-of-the-art science & technology resources, equipments, human resources and research facilities to innovate rural technologies by utilizing the existing and creative know-how with the involvement of people from rural areas and NGOs 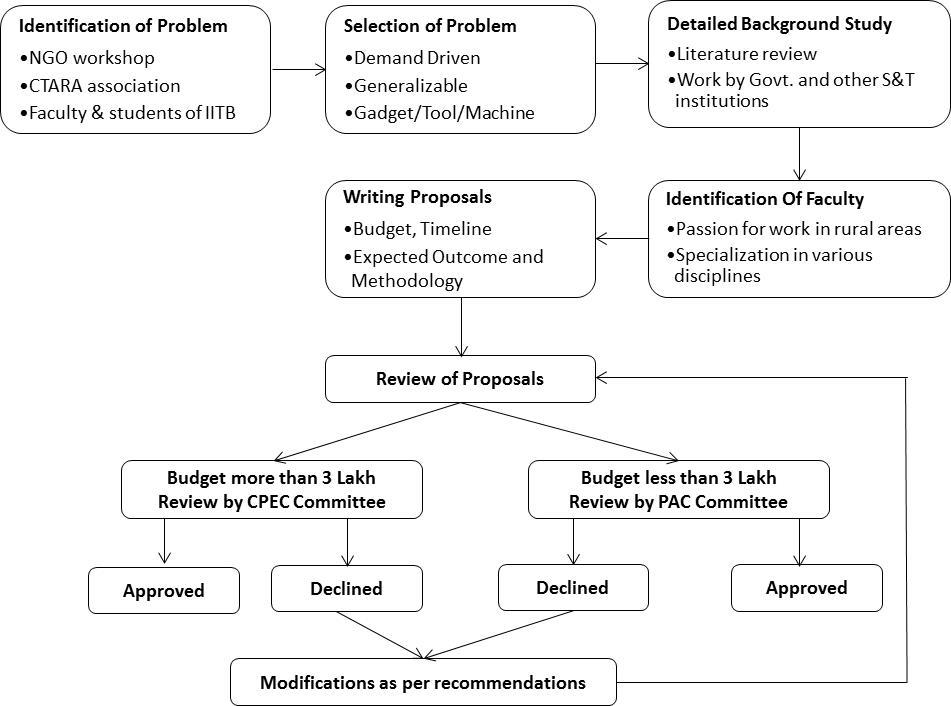