Towards Sustainable Agriculture: Disentangling the Role of Ecosystems in the WEF Nexus

Globally, water-energy-food nexus is the most talked issue in policy frontiers. Considerable demographic and economic changes have resulted in building of the nexus over the last decade. Many studies suggest that global water, energy and food demand will rise at a faster rate in future. It is expected that population expansion and economic growth will increase the global demand for energy and water by 40% and the demand for food will increase by 50% in 2030. The OECD has projected that the global demand for energy and water will increase by 80% and 55% by 2050 respectively.  In addition, FAO has estimated a 60% increase in food demand over the same period.  However, the magnitude of the nexus impact varies with the countries due to their different stages of development.

India is one of the countries where the nexus is highly prevalent. Agriculture has been the most dominant sector in the country traditionally with more than half of its population being dependent on agriculture.   As a consequence, the country has undergone various policy reforms to upscale the agricultural productivity. One such reform was the provision of free electricity to the farmers. This reform coupled with green revolution technologies encouraged higher groundwater usage and uplifted the country to a state of relative food security. However, this resulted in a new set of problems viz. overexploitation of groundwater resources and overuse of electricity in the country (Shah, 2012).  This led to emergence of water-energy nexus in agriculture since water and energy were used unsustainably in order to enhance the agricultural productivity.  The supply and demand side challenges associated with the nexus are likely to intensify in the future.  Demand side challenges are growing population and urbanization, leading to demand of higher quantities as well as more varieties of food.  This increase in demand will have a ripple effect on water and energy demand. Supply side challenges are limited availability of the resources and the environmental challenges. Various studies have predicted that climatic changes are likely to further burden the pressures on water & energy, their availability and accessibility, thereby affecting the gap between demand and supply adversely.

The other important factor that lies at the core of nexus is the emerging impacts on ecosystems. Ecosystems are involved in the production of water, energy and food, making it necessary to understand its role in nexus. Thus, in the nexus approach it is important to highlight the fundamental role of ecosystems for a holistic approach.  The existing framework on the nexus including scholars, researchers, scientists and decision makers has largely approached it as distinct sectoral issues and not a collective problem. Accordingly, they have managed to create sub-optimal signals to address the issues such as water-sustainability, energy and food security.  In the present scenario, finding the missing pieces interlinking these sectors will be the key. An approach with a broader horizon is required to address the interdependencies within these sectors. This mainly requires building a nexus approach which scans key issues in food, water and energy security through a “sustainability lens”. The approach will lead to more holistic policy and regulatory design which will assist in achieving economic efficiency, resource efficiency and improved livelihood options. 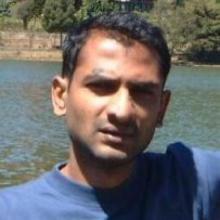 Centre for Environment and Development, Ashoka Trust for Research in Ecology and the Environment, Bengaluru

Shrinivas Badiger is a Fellow at the Centre for Environment and Development, Ashoka Trust for Research in Ecology and the Environment, Bengaluru. He's been working on issues at the interface of climate-water-agriculture-environment-livelihoods for more than 2 decades. He has a Ph.D. in Water Resources Engineering from University of Illinois at Urbana-Champaign and a masters in Water Engineering and Management from Asian Institute of Technology, Bangkok. His research anchored broadly in the water sector uses interdisciplinary approaches combining natural and social sciences to understand the context of changing waterscapes within a larger framework of sustainable environments and human well-being.